5 Industries That Can Benefit from Solar Energy Systems 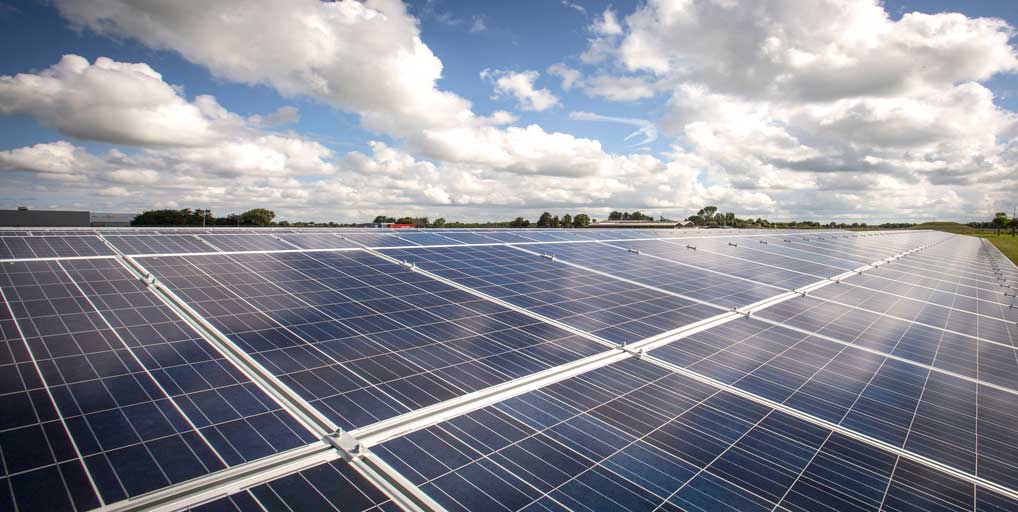 Fossil fuels are one of the most widely used sources of energy despite the dangers they pose to the environment. In fact, big industries that consume massive amounts of electricity produced by fossil fuels accounted for 22% of the greenhouse gas emissions used to manufacture goods from raw materials in 2018.

Needless to say, preserving the earth’s natural resources like coal, oil, or gas for future generations is an act of giving back life to the planet.

On the other side of the fence, renewable energy has been making progress as a viable option for future-looking businesses across industries. From 2011 to 2012, the average cost of solar energy systems has dropped by 14%, and 82% from 2010 to 2020. This trend is expected to continue as solar technology becomes more and more efficient and competitive.

Paired with cutting-edge energy storage in the new-generation batteries built specifically for photovoltaic generators, the cost of owning and operating a solar power plant will only become more cost-effective over time. Corporations that go solar can reduce power costs significantly, leading to long-term gains.

With that said, it’s high time that industries switch to solar energy, not only to save the planet but on operating costs, too. Here are some of them that are greatly benefiting from the power of the sun.

It’s interesting to note that among the top 20 corporations for green energy, the first five are in the retail shopping industry—Walmart, Costco Wholesale, Kohl’s Department Stores, IKEA, and Macy’s.

With 145 MW of solar capacity, Walmart is one of the steady gainers in the race to lead in the green energy department. Owing to its sheer size, the Walmart chain of stores is currently at around 28% production of renewable energy consumption but aims to be 50% green by 2025.

IKEA is a maker of easy-to-assemble, DIY furniture with a global presence. As of the first quarter of 2017, IKEA has slashed its previous non-renewable energy usage by over 300%. It produces more than three times the energy it needs with renewable solar power. As a firm originally based in Sweden, respect for nature is very important in IKEA’s corporate vision and goals.

In the United States, tax breaks and money grants from the Department of Agriculture encourage farms to install solar panels around their sprawling barns and chicken coops. These solar panel systems are used to power dozens of fans to keep the chickens cool and comfortable throughout the year.

Novo Nordisk, a Danish company, has allotted $70M for solar panels in a 672-acre installation facility. It was the first company within the RE100 group to do so. Some of the other notable corporations that are members of this renewable energy group are AstraZeneca, Biogen, and Johnson & Johnson.

Laboratories have also turned to solar power for their cold storage units that will house the COVID-19 vaccines for distribution around the country.

Now that vaccines are being rolled out worldwide, we can now see the light at the end of the tunnel. Cold storage units are proving to be an invaluable tool in the fight against the spread of the disease, and pharmaceutical companies are addressing the challenge of transporting and storing vaccines through an efficient cold chain.

With the help of solar energy systems, cold storage facilities are able to maintain the viability of vaccines until they are administered. Since vaccines have never been more valuable during these trying times, it is crucial to make sure they are of the highest quality in the long journey from the manufacturer to the syringe.

Apple, Facebook, and Microsoft are just some of the giants that get juice for their data centers out of solar panels. Tesla has a Gigafactory in Nevada with the goal of running the entire plant using solar energy from panels on-site.

Intel uses 3 million square feet of solar panels in nine countries, accounting for about 70% of the corporation’s power usage globally.

Since 2018, Apple has been running on 100% renewable energy, while Google—aside from being carbon neutral since 2007—would focus on recycling old servers into new ones and cooling apparatuses utilizing 30% less energy.

For its part, Adobe, which is among the first to enter into renewable energy collaborations, is also encouraging stakeholders in its supply chain to speed up the transition into clean energy sources.

Microsoft president and legal chief officer Brad Smith sums up the direction tech giants will take in the new decade, stating that renewable energy is clean—yes—but more than that, it provides “better financial predictability.”

Aside from on-site solar panel plant installments, another option for car manufacturers is blending solar panels into car designs.

Tesla has long been in the green energy movement, but it’s only recently that Elon Musk’s company has started using solar panels in its cars, with the first one being the Tesla Cybertruck. The innovative design involves adding fold-out solar wings capable of going on a range of up to 40 miles (64 km) per day.

While hybrid cars with efficient solar batteries get the most benefit from the green revolution, solar panel technology is now making it possible—and fashionable—for cars to have solar cells installed in their roofs.

Solar energy was once just a dream initiative for those who thought of integrating the technology into daily life for a more cost-effective way to harness electricity from a renewable source while saving the planet. But with all the value that it offers for companies, solar systems are slowly but surely becoming mainstream.

It’s high time that you also reap the benefits of solar energy systems. Solar energy gives you an edge that works well for your company’s bottom line, cements your corporate social responsibility, and cancels out your carbon footprint all at the same time. Give solar energy a chance and contact SolarNRG for inquiries.